I was not very motivated to go see Moby but I was finally so surprised. I must admit I have loved this show. While some albums seem to be "slow", the show is awesome and releases so much energy and emotion.

He came here in San Francisco to play a 2H15 wide set. He has even covered Black Sabbath, wow! Check out the setlist of current US tour. I was particularly impressed by the play of light. One important point for me: communication. And yes, he talks a lot between songs. For instance, he's seriously asking for feedbacks from the crowd before playing a new song. He also talks about his life and makes the connection between his music and San Francisco spirit. Even the opening singer Kerry Scarr, while alone on stage, her voice was marvellous. 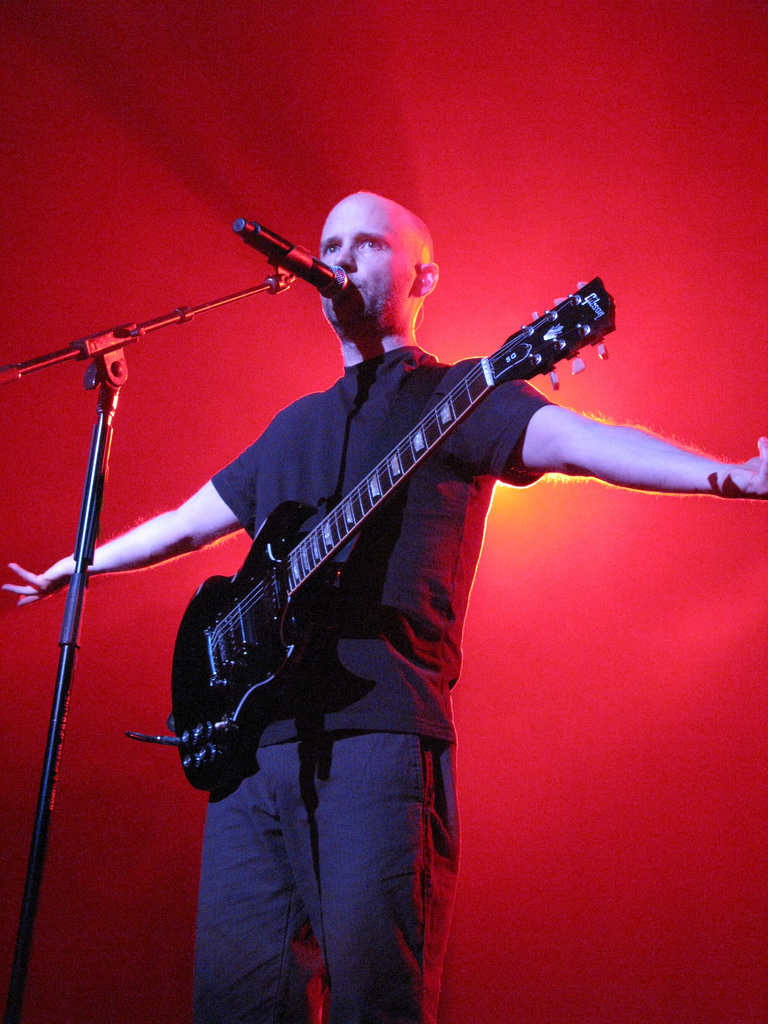